I love working with a team to organize an event. The tenth Bay Area Population Genomics conference (BAPGX) was a fun event to organize. It is part of a successful series of conferences and there was plenty of support, both at Stanford and from the community, to organize it. Five Stanford postdocs volunteered to help out and did a great job.

I think the conference was a success. Here are some of the things we did to make it that success.

How it got started 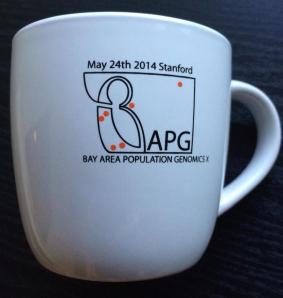 There was a BAPGX mug for every participant.

One of the great things about working with an active community and a motivated committee is that we could build a lot of momentum before the conference. 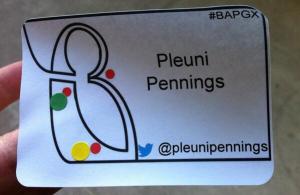